Written by Nick Leffler | Comments Off on Entertainment Marketing: Blurring The Lines With Video | 4 min read

The lines blur between entertainment and marketing in how people consume video today.

That’s good for you because there’s opportunities to reach consumers in an organic way that’s non-intrusive.

There are multiple opportunities for you to reach your audience too. There are more options for you as a small business than at any other time.

You can reach consumers through:

Understanding how people consume video and how marketing and entertainment naturally complement each other is a first step.

Lines are blurred for how people consume their video today.

Some people only watch broadcast video on a TV. Others only watch online video on the internet.

Each of those groups are small though.

Overall people are consuming video from broadcast and online video in a very blurred way.

People consume Broadcast TV through apps while consuming online video on mobile devices and the TV.

With devices like Chromecast, Slingbox, and Apple TV there’s infinite possibilities for how video is consumed.

At my house there is a blurring of the lines for video. We don’t have regular TV but only broadband internet with a few Apple TV’s in the house.

We watch broadcast produced TV stations such as ABC and NBC but we also watch a lot of video from YouTube.

From clips to full-blown shows video consumed online is outpacing broadcast TV in almost every way.

Lifestyles and capabilities are dictating how consumers watch video. Mobile devices play a large part in that.

Mobile devices have led to a drastic change in how consumers watch video.

Even if someone is watching video at home on a TV they’re likely to also have a mobile device present.

People can watch TV while multitasking on their smart phone or just look at their phone on commercial breaks.

Either way you look at it, people are distracted when watching video. 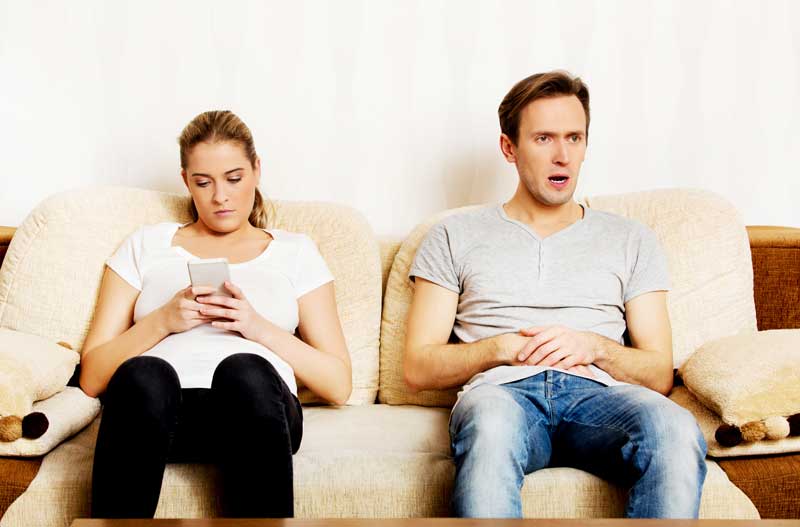 Because people are so distracted, capturing their interest is essential for your business.

To capture attention and let consumers see how your product or service will help them you first have to break through the attention barrier.

Why They Watch Video

Everyone has a different reason for watching videos online and broadcast.

A survey conducted by Google/Ipsos Connect revealed that people who watch YouTube on TV watch for two reasons:

Many parents also watch with their kids for education and entertainment.

Have you ever been in a store and noticed a kid watching their parents phone? They’re either playing a game or watching YouTube.

That means kids are watching YouTube alone but at home they’re likely watching with their parents.

Your target audience is watching video online, make sure you're in the right place. Click To Tweet

With the right knowledge you can figure out what your audience is watching and advertise there, work with an influencer, or reach them with original content.

My daughter loves watching YouTube videos when she’s sick (it keeps her from being too active). Both my wife and I are also watching with her because we watch what she’s watching.

That means YouTube can be a surprisingly good way to reach parents with kids among many other audience groups.

Video is online at a more rapid pace than any other way of viewing video.

Even broadcast TV is moving to the internet.

People are watching more video than ever, it’s just in a different way.

A video could be watched on a TV then minutes later taken on the go with a smart phone.

All of this information matters a lot to how you market your small business.

Entertainment and marketing go well together.

The lines have blurred between entertainment and advertising. Ads used to be completely separate from the video content.

No longer is advertising and product promotion separate though.

That’s why entertainment marketing is more prevalent now than ever before.

Your audience can be all over the internet, even on video sites online.

Whether you intend to ever pay for advertising on TV or are just looking to reach your audience, understand where to spend your time and money.

According to Google/Ipsos, “Purchase intent is 150% higher from paid YouTube TrueView ads than from TV ads.”

Reaching your audience at the right time and place will increase your chance of gaining a customer.