Written by Nick Leffler | Comments Off on Is Social Media Critical To Small Businesses? | 10 min read

Starting and growing a small business is no easy task. Technology has made it easier in some ways, though, but in other ways more complex. How people find businesses and products has made social media critical to all small businesses.

Whether your audience is consumers or another business, social media will help you make important connections. Not just any type of social media is worth your time, though. You can’t throw social spaghetti at the wall and hope something sticks.

Social media is the best place to connect with real people and get a pulse on your customers and industry.

The answer to social media being critical for your small business?

It’s definitely critical to your small business. There’s an ideal way to approach social media for your business so you benefit from it, though. The first thing to keep in mind is that you need to choose the right way to do social media.

Social media is critical to your small business, but not just any social media. If you join in social media to help drive business, you should either do it right or not at all. If you spend time on social media but don’t approach it correctly, you’ll be wasting your time and I don’t want you to do that.

If you aren’t doing at least these things, then social media probably won’t work for you. Because social media is critical, start here and then build your social media strategy.

You don’t have to start huge and invest all your time, social media can be done effectively with just a few minutes a day. Start with the most important piece first, connecting with customers.

Social media may have the word media in it, but that shouldn’t be the part you focus on. Instead, focus on the social part. Those that think it’s about media and broadcasting their message will ultimately fail. A large following doesn’t mean an engaged following.

I’ve seen people on Twitter with 150,000 Twitter followers who share my posts and I only get one or two views to my website. On the other hand, I’ve had the same content shared by those with 1,500 followers and received many times more views.

Building brand authority with conversations and taking advantage of benefits of social media will help your small business grow. Figure out where your target audience hangs out on social media and connect with them there. Talk to them and build relationships.

If you start embracing social media for the social part, you’ll see benefits for your small business.

The Benefits of Social Media

The business world and networking is all about who you know and who knows you. The biggest benefit of social media isn’t the direct customers you receive but rather the relationships you build.

Business networking events aren’t for you to make a direct sales pitch at customers. That also goes for social media. You will make connections with people who know people. If you take time to build relationships, you’ll have a connected network that will help you grow your business. 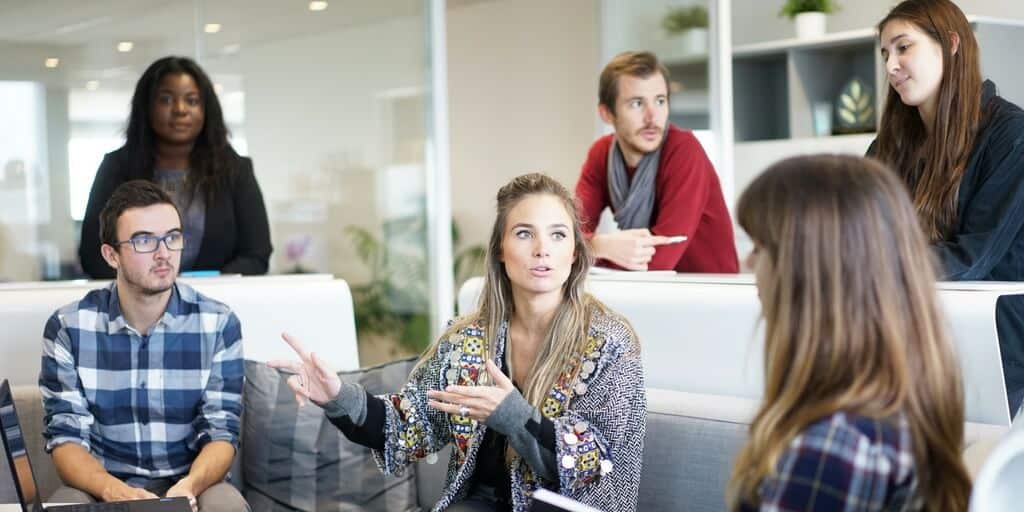 Another benefit is that you’ll become an authority in your industry. As you have conversations, meet people, and post interesting things others will start following you as an expert in your industry.

Referrals happen because people know you, what you do, and what you’re capable of. Social media is a place to grow your referral network even if you don’t do business directly with those you connect with.

With all these benefits that social media can give you, there is the possibility that you won’t see any benefits.

If You Don’t See The Benefit

Most small businesses think of social media in terms of media, a place to broadcast their message or sales pitch to the masses. The media mentality on social media is the perfect way to see no benefit. Social media does have a benefit, it just takes time for it to accumulate.

With minimal investment and an open mind to meeting and networking, social media is a cheap and effective way to grow a small business online.

Everybody’s heard of Facebook and Twitter. Facebook of course being the biggest by many times is the default go-to social media network. It’s so large and so many people are on it that if you’re not, many presume that you don’t exist. 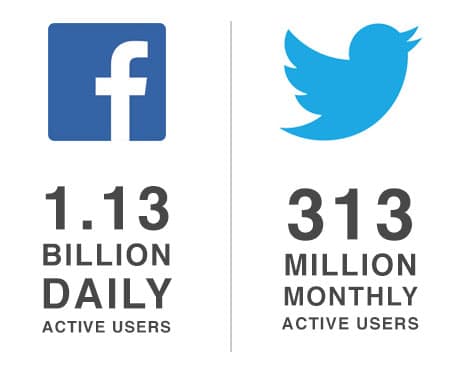 Facebook boasts an astonishing 1.13 billion daily active users average in the month of June (source). Twitter boasts 313 million monthly active users which isn’t too shabby (source). Those are big numbers but the difference between the two are drastic.

Why is Twitter considered one of the big two? Even though there are much fewer active Twitter users, you’ll have an easier time reaching more of them than with Facebook.

Facebook is great if you have a marketing budget but it’s more difficult for small businesses to have real conversations and reach users organically. Twitter on the other hand doesn’t need any marketing budget and is easier to have conversations with your target audience. It all depends on whether you have the budget for organic vs paid marketing, though.

These two social media networks are critical to most small businesses. Facebook because of the huge audience available and Twitter because of the ease of reaching your audience.

The Other Big Two

There are two more big networks which differ from Facebook and Twitter mostly because they’re visual-based rather than text-based. 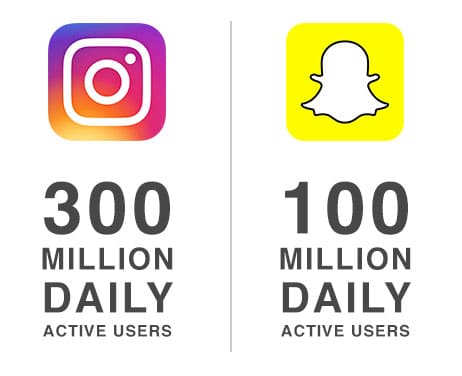 Instagram and Snapchat are two of the biggest visual social media networks in the English-speaking world. Instagram recently crossed the 300 million daily active users threshold and shows no sign of slowing (source). Snapchat on the other hand boasts 100 million active users on any given day but their numbers are growing fast (source).

Both networks have a large and young audience. Snapchat claims to reach up to 41% of 18-34 year-olds in the United States on any given day. If your target audience is young, you can’t afford to stay off of Snapchat.

There’s one great place you can go to reach your business focused audience easily, LinkedIn. You can find anybody in any role in any organization on LinkedIn. The vast business world that LinkedIn covers makes it an amazing social media tool to connect with professionals around the globe.

If your small business is B2B then LinkedIn is where you'll want to spend time. Click To Tweet

LinkedIn gives you plenty of free tools to reach the network including groups, LinkedIn Pulse, and of course connecting the good ‘ol fashion way, one-on-one. If you have the budget there are even paid accounts that give you the opportunity to send InMail to anyone at any time to help you make better connections inside businesses.

If you’re a small business that primarily works with other businesses, LinkedIn is your best opportunity for growth.

Social media is a beast, yes, but with proper focus and a good start, you can’t do it yourself.

With a good start and dedicating yourself to networking and making connections, you’ll find out how critical social media is to your small business. Doing social media yourself doesn’t have to be impossible, though.

You can get help getting started on social media then take things over yourself. Click To Tweet

Getting your small business started on social media means getting your profiles set up properly and completely and understanding how and what you should be sharing. I help small businesses simplify the process of sharing with help on tools and strategies.

Don’t feel ashamed to get help with social media. There’s a lot to learn and with the right start you can start doing it yourself and making valuable connections that will grow your business.

Learning to do social media is great but if you’re going to invest money into it, you need to know if there’s a return on investment (ROI).

Social media ROI is often measured in the number of people you reach. You’ll see number of followers being a measurement that many believe important. You’ll also see the number of people who saw your post. Those two statistics are great but they don’t prove any ROI at all. Followers are easily faked and number of views doesn’t equal engagement.

Instagram and Snapchat ROI are a little more difficult to understand. Because Instagram has a more limited means of conversation, the best ROI you can hope to achieve is a high click-through rate on your URL. I use a special URL that’s configured just for Instagram. Snapchat allows for more one-on-one conversations so you will receive a good ROI on those conversations and relationships.

The real ROI of social media comes down to human connections, not numbers or data. Click To Tweet

The real ROI of social media comes down to human connections. Data is more limited because it doesn’t give you the human aspect social media which is what it’s really all about. Numbers are great but they only tell you part of the story.

If you see value in the ROI you receive from social media (I do because it’s where I get most of my business), you’ll need to decide how much time or money to invest in it.

Social media doesn’t have to cost a lot. No matter if you’re able to invest $0 into social media or $1000, there’s something for you. If you have a lot of money but little time you’ll invest more money. More time and less money, you’ll invest less but spend more time. Organic vs paid marketing is a good post of mine to learn more about that and it applies to all types of marketing.

My investment at this time remains a stable $10/month in social media. Social media is free for the most part and you can have a good reach even with such a small budget. My budget goes into one tool (Buffer) that helps me share to multiple networks with ease. 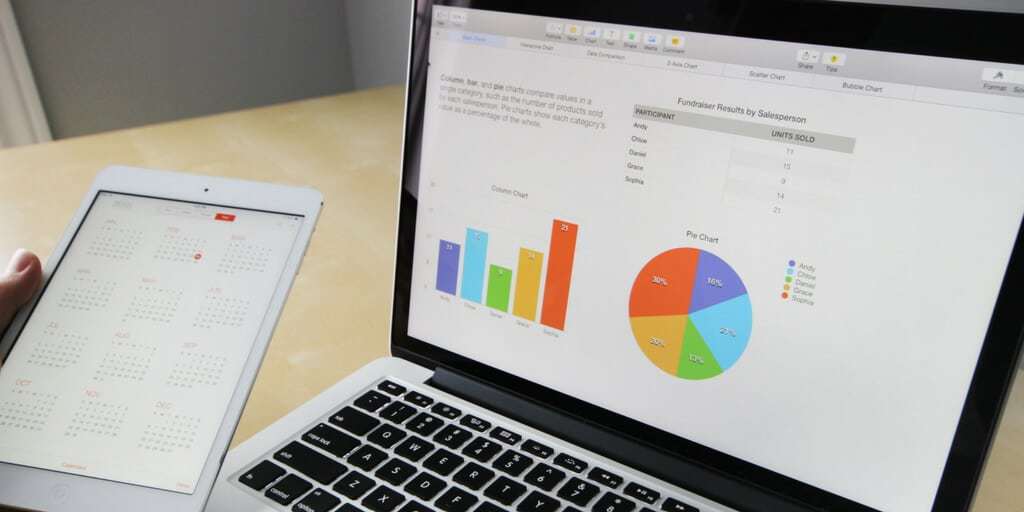 There will always be room for growth in your social media budget, but start with whatever you can afford. I plan on growing my budget in the future but for now I’m focused on organic reach.

Only do what you can on social media. It take starting your strategy somewhere and luckily your investment doesn’t have to be huge.